Two pig producers from Wales are in the running for top titles at next week’s National Pig Awards (22 November).

Jack Tiley, and Forest Coalpit Farm, have been shortlisted respectively for the Pedigree Pig Producer of the Year and Marketing Initiative of the Year at the prestigious pig industry awards.

Organised by the National Pig Association’s magazine Pig World, the annual National Pig Awards shine a spotlight on innovation and excellence and celebrate success in the pig sector. 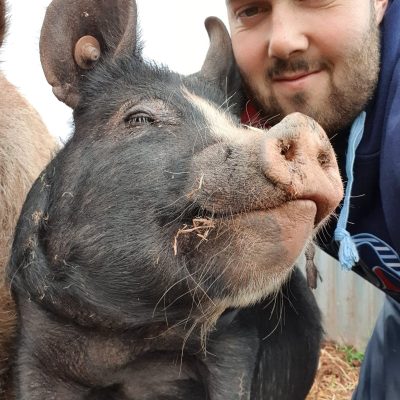 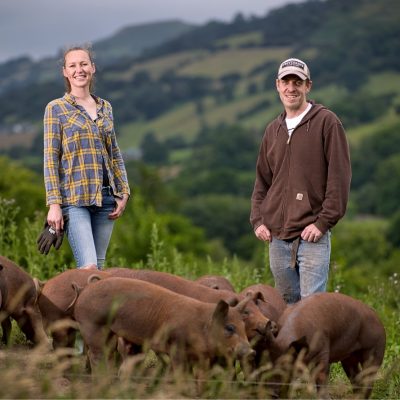 Pedigree breeder of the year category finalist Jack Tiley was “bitten by the pig keeping bug” while working at a local community farm.

With no prior farming experience, Jack has become swiftly immersed in pig breeding and the importance of conserving bloodlines.

Four years ago, he bought a in pig Pedigree Berkshire, and the following year he began showing his first home bred stock. His interest increased, and he now works to preserve and improve pig bloodlines and earlier this year he ran Berkshire Pig Week on Pedigree Pigs UK page via Facebook.

Also, as part of raising awareness about the breed, he runs #malelinemonday and #femalelinefriday – a series about bloodlines on the Berkshire Pigs Facebook page.

“I’m fascinated by bloodlines and their variety and type. I have two breeding sows that are put to different boars. So far, seven of my boars have gone to other parts of the country.”

Jack is also enthusiastic about helping and guiding new breeders as they dip their toes into the wide world of pig keeping.

Jack lives in Risca near Newport and keeps his Fernlea herd of pedigree Berkshire pigs at a friend’s farm near Abergavenny. In addition to working at the community farm in Cwmbran, Jack conducts courses on pig keeping and undertakes smallholder consultancy work.

Using social media to create a window into their business has proved a very successful approach for Kyle Holford and Lauren Smith, of Forest Coalpit Farm near Abergavenny.

The couple, who are finalists in the Marketing Initiative of the year category, operate a 24-sow finisher outdoor unit producing around 500 Large Black and Duroc cross ‘Welsh Black’ pigs a year.

The pigs roam free on a mixture of woodland and pasture, and the couple’s natural approach to using social media has garnered important business customers throughout Wales and beyond for their pork, sausages and bacon.

People are attracted by the authenticity of the enterprise and their Instagram presence has proved beneficial too when approaching potential new customers.

“We’ve found Instagram to be a great marketing tool, we just take nice photos of our pigs and the farm, but it has really got us noticed. Indeed, pretty much everything we sell has been a result of customers seeing us on social media.”

Both businesses have received a range of advice and support from Menter Moch Cymru, including technical training and webinars.

“We are delighted that once again pig producers from Wales are being recognised at the National Pig Awards.

“Through its work with all sectors in the supply chain Menter Moch Cymru endeavours to develop a more sustainable, profitable and robust pig industry in Wales. To have two Welsh producers in the NPA final is wonderful, and we wish them every success.”