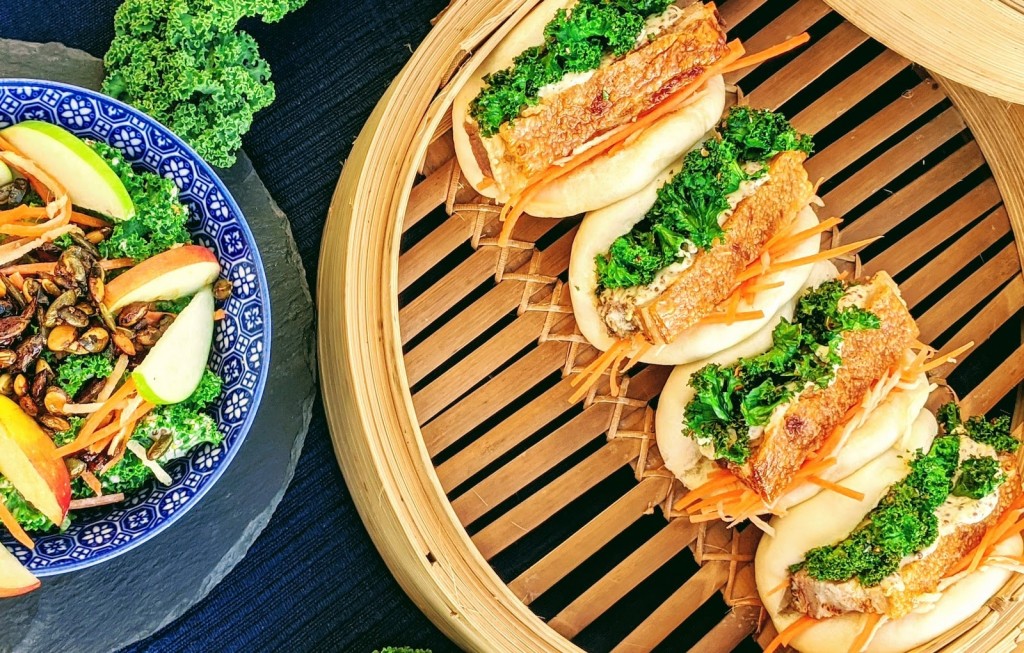 For the bao buns – dry mix:

For the bao buns – wet mix:

For Porc From Wales Week 2021, we teamed up with foodie @baoselecta – aka Cardiff-based Nick Spann, who specialises in creating bao buns and Taiwanese street food – to show why we should be choosing to source our porc locally.

Nick had always been a chef with aspirations of his own food stall but was always unsure what he wanted to do. He founded Bao Selecta in 2016 after making bao buns for his friends at a party which proved to be a surprise hit. In 2017, Nick and his girlfriend Karolina packed their bags and travelled east Asia for a year: they bought a motorcycle, befriended a lot of locals and ate at every street food market and bao hut that they could find. They came back, spent £200 on second-hand equipment and launched in Cardiff.

Here’s what Nick says about his recipe:

“If you’re busy, ask your local Asian supermarket for frozen bao buns, but it really is quite fun to make your own and you will be learning a new skill that will make you lots of new friends! This recipe makes 8 buns, however it’s worth making a double recipe and freezing what you don’t use as they can be reheated.

“Roasted porc belly is a perfect bao bun filling, because the succulence of the meat contrasts with the crispy crackling in the fluffy bao and is just a match made in heaven. Add a snappy mustard dressing and crispy salty kale and you’re destined to have an incredi-BAO time!”