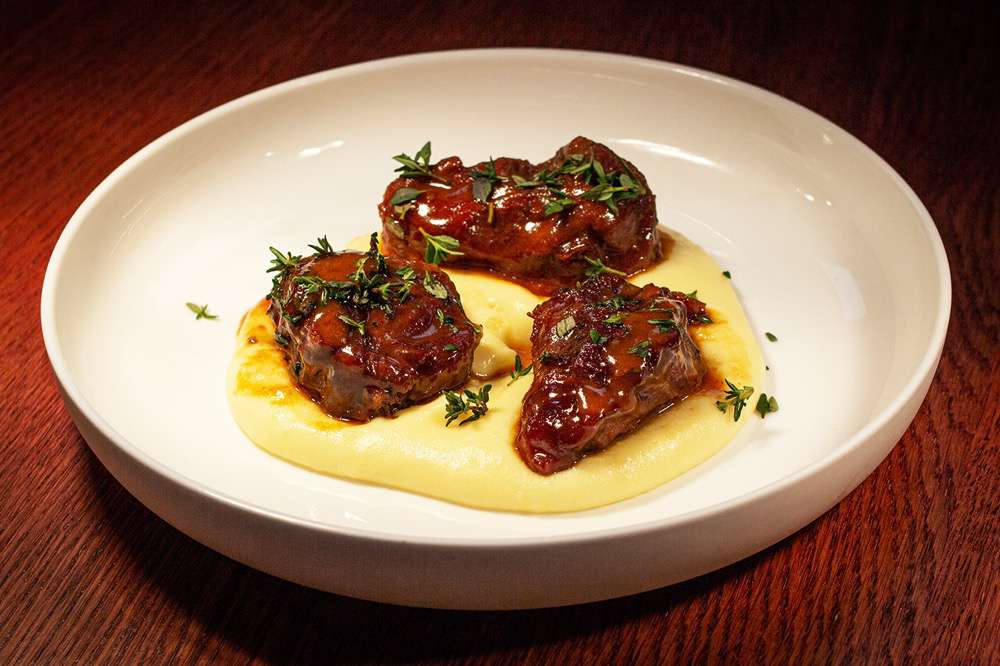 We’ve teamed up with Pembrokeshire-born chef Tom Simmons to show why we should be choosing to source our porc locally. Tom, who has been at the helm of Tom Simmons Tower Bridge in London since 2017, has recently returned to Wales and has opened Thomas by Tom Simmons in Pontcanna, Cardiff, which is influenced by British and French cuisine and is inspired by his Welsh roots. This is a great warming dish if you’re looking for something a little different – but very memorable – to serve over Christmas.